She saved the pieces of the bomb that hit her home in Hassakeh, her hometown, on the day she returned to Syria. As a reminder. Because she returned here to bring God’s love and provision to the people of her battered homeland. Now, Mathilde Sabbagh has been here for more than five years. She is married, the mother of two-year-old twins, and she is a pastor. The first in the Kurdish areas of northeastern Syria. She is a member of the National Evangelical Synod in Syria and Lebanon (NESSL), which comprises 18 congregations in Syria with about 10,000 church members. In addition, there are about 6,000 church members in Lebanon. 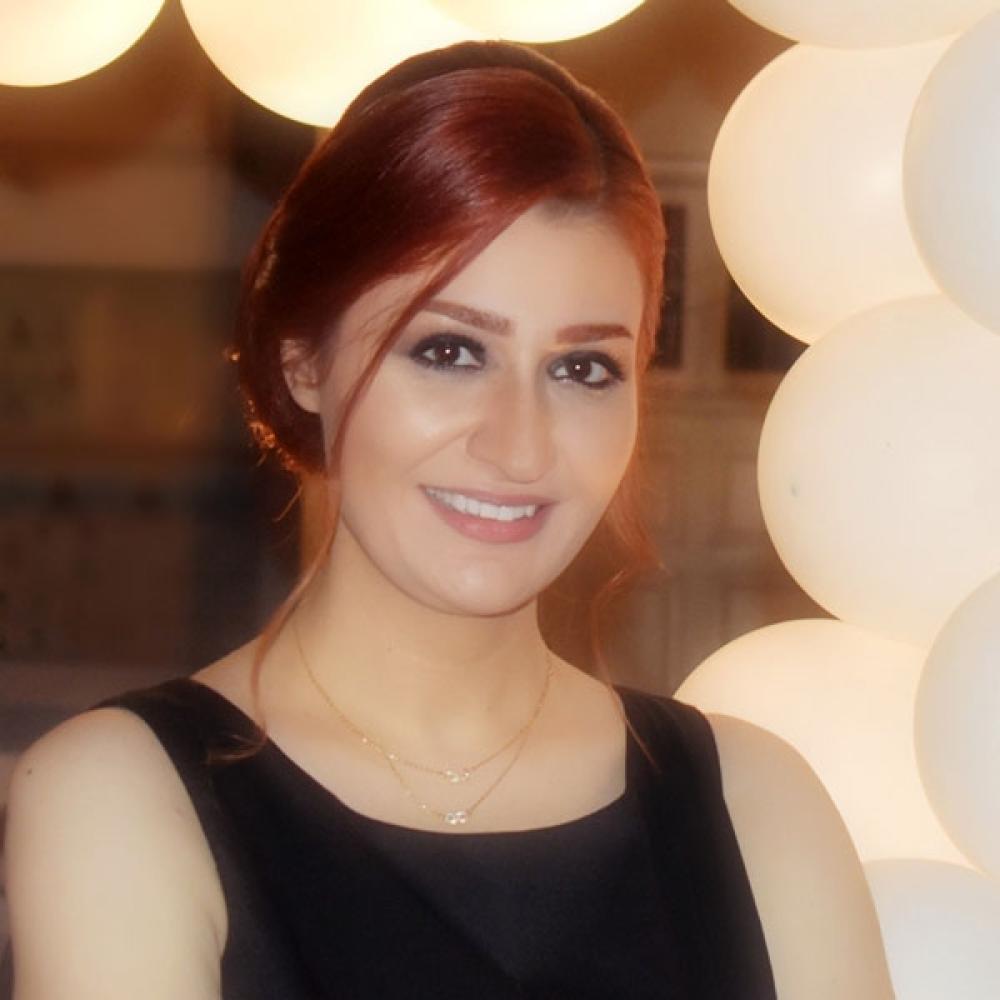 Mathilde Sabbagh also studied theology in Lebanon. Her dark brown eyes sparkle behind her large glasses when she talks about how it all came about: “When I was 13, I thought about my future profession. I asked myself in which place I really feel joy. That’s when I realized it was the church. I still can’t imagine working anywhere else.”

But as the first pastor in the war-torn and conflict-ridden region, she initially had a difficult time. The former pastor of Hassakeh and several parishioners had fled. Those who could not flee remained – mainly the old and the poor. The parish is in danger of collapsing. At 26 and fresh out of college, few believe this young woman can help them. Sabbagh describes how the community said, “If men can’t do it, how can a woman?”

But she doesn’t let that put her off. She has a great role model: “My father, whom I admire to this day, was an elder of the congregation and head of the school here. He made sure that an evangelical church was built here and planted the seed in me to become a pastor.”

She now stands in the pulpit every Sunday when the congregation gathers for services. In addition, work with children and youth is especially close to her heart.

Despite Sabbagh’s courage, working in such a poor and embattled area brings great challenges. She is confronted with prejudice and mistrust. The pastor realizes that she has to preach very differently here than she learned in her studies. And she has to find ways to help people in a very practical way. “Only when material needs are met can people listen to the Word of God,” she says, brushing her long hair out of her face.

Yet it seemed as if hope was growing in 2018. The actually fertile land recovered, and the people began to build a future for themselves again. But with the withdrawal of U.S. troops, at the end of 2019, a conflict erupted between Turkey and the Kurds and with it acts of war and supply shortages. Even the rectory and the church occasionally came under fire. Once she and her family had to hold out for several days in the bathroom (the only room without a window). There is often only electricity at night, and water is also scarce, because the only water source is controlled by Turkish troops.

This makes it all the more important for Sabbagh to restore hope to the people. Because in her view, flight is not a solution either. That would mean losing one’s homeland. Together with her husband, she therefore also organizes practical help. Thanks to their commitment, 400 families now receive food, hygiene articles and school materials every day. And so the help goes far beyond her own small community, which originally comprised only about ten families. And yet it is not enough. There are many more Christian families living in the area who need help, and they are joined by refugees from areas that are even worse off.

“I am the only cleric in Hassakeh who can dance.”

For children and young people, many of whom lost their parents in the war or were left behind when the parents fled, she organizes children’s services, Bible studies and youth groups. The number of children and young people who come to these services is growing steadily, because they enjoy spending time with one another. Very few of them actually come from the host Lutheran congregation. But it is precisely this work with children and young people, open to all denominations, that arouses distrust among the other churches present (Syrian Orthodox, Greek Orthodox, Chaldean, Catholic), despite its clear benefits.

This mistrust is also fueled by the fact that Sabbagh’s husband has left the Syrian Orthodox Church and become a Protestant for her sake. Yet Mathilde Sabbagh is not at all interested in having the children convert. For her, it is about giving them hope and peaceful coexistence, and in this regard, conflicts between the Christian churches are completely counterproductive.

She doesn’t want to give up on the younger generation and invites them to live an almost “normal” life, which also includes excursions, parties, computer courses, sports and talks about nutrition and sexuality. “I like to dance with the girls: I think it’s nice when they ‘dress up’ for these occasions and are proud of themselves,” the optimistic woman is pleased to say. “I am the only cleric in Hassakeh who knows how to dance.” But Sabbagh couldn’t take care of the children and teenagers if she didn’t have her mother to support her with her own twins.

“I see here every day that the love of Christ can transform the world and the lives of everyone.”

And then there is the other thing: although Mathilde Sabbagh has passed all the exams, she is not yet ordained. First there was war, and then the Corona pandemic. And Corona is also the reason why Mathilde Sabbagh almost lost more than her optimism in the summer of 2020. The virus did not stop at the region around Hassakeh, nor at her front door. She also became infected with Covid-19, yet was fortunate to eventually recover. Nevertheless, Corona continues to fuel the misery around her. More and more people flee.

Sometimes, when she is particularly down, she wonders if she too should leave for the sake of her children. But she does not want to abandon her community or Hassakeh, which is so deeply rooted in her heart. She wants to let people know that there is a purpose, that God has placed them in this place in the world. “I see here every day that the love of Christ can transform the world and the lives of every single person. We can make such a difference here as a church and a community. I firmly believe that God has placed me in this place and given me a mission here. I pray every day that God will give me the strength for my ministry in the church. I want to pass on God’s love to all who need it.”

Mathilde Sabbagh sees herself as part of a centuries-old tradition of Christians who have shaped the history and present of the Middle East. She firmly believes that, with God’s help, Christians will continue to have a future there. But she also hopes that her children will not eventually resent her decision to stay: “After all, this is my calling, not theirs.”

Mathilde Sabbagh works as a pastor in a congregation in the Kurdish areas of northeastern Syria. She is a member of the National Evangelical Synod in Syria and Lebanon.